AESIO Mutuelle is the second largest mutual insurance company in France, covering the needs of 2.9 million members throughout the country in terms of complementary health and provident insurance. Today we welcome Samira Sameur to discuss AESIO, social economy and digital transition.

Graduate in Public Affairs from Sciences Po Paris, Samira Sameur has been working for fifteen years in institutional relations, network animation and programme management in the social and solidarity economy. A specialist in social affairs (health prevention, employment, vocational training), she has notably worked at the Union of Employers of the Social and Solidarity Economy (UDES) for 8 years, where she steered the influence and development strategies at the regional, national and European levels to defend the interests of these employers.

Samira joined AESIO Mutuelle two years ago as Head of Social and Solidarity Economy. Her mission consists in materializing and reinforcing the mutual’s belonging to the SSE with its different stakeholders on institutional, societal and corporate dimensions. 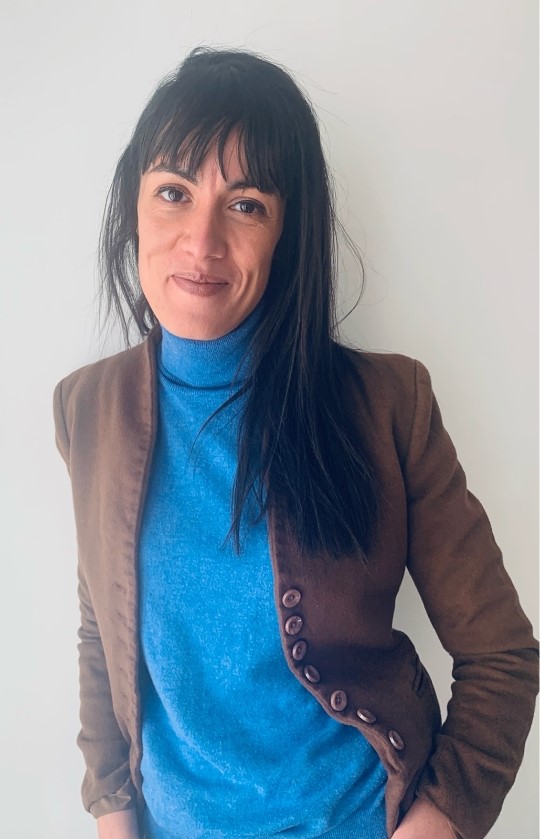 Tell us about AESIO, to what extent does this mutual inscribe itself in the circle of the social economy?

Our membership of the social economy is native because we are a not-for-profit company and our raison d’être is to enable our members to live in better health. Our entire organisation is structured around this mission with the member at the heart. At the heart of our governance first of all to involve them in meeting their needs. As a partnership, we have no shareholders to remunerate and can therefore focus our profits and the energy of our teams on meeting the health needs of our members.

How is AESIO Mutuelle organised?

Our original mutual was founded in 1838 and we have gradually grown to a national level by joining forces with several territorial mutuals. As a mutual health insurance company, our activity is regulated by the Mutuality Code, which stipulates that we develop solidarity actions and the provision of care. Hence the existence of AESIO santé, which manages our 200 health, social and medico-social establishments that offer care and services in a logic of financial and territorial accessibility to our members. We are also actively involved in public health issues, with more than 1,300 prevention actions deployed each year on subjects such as nutrition, prevention of loss of autonomy or cardiovascular diseases.

We also have a corporate foundation that supports socially useful projects, currently focused on mental health, a theme that we feel is essential to address in the post-health crisis context.

You talk about ESSisation, can you explain what this notion covers?

SSEisation is a movement that we hope and pray for. It is a movement of a social economy that is established in as many sectors of activity of our economy as possible in order to challenge but also to inspire other economic actors towards more virtuous practices in social and environmental matters.

🔷 A political call to develop the social economy

Addressed to both SSE enterprises… It is a call to social economy enterprises themselves to renew their spirit of conquest and continue to unearth unmet social needs, conquer new activities and remain at the forefront of social innovation.

…But also to the world. The message is also to say that at a time when we are talking about the world of the future and the economy of tomorrow, we believe that the answer already exists, that it is called social economy and that it is not sufficiently known and recognised. At a time when we are talking about rational capitalism, we would like to remind you that the social economy has the seeds of what we are doing today in terms of corporate social responsibility (CSR) and that we must continue in this direction to show that social and economic are not incompatible.

Can you tell me about a project that AESIO is undertaking in favour of ESSisation?

For example, we developed the ‘ESS relance’ campaign in partnership with French Impact. The idea was to better connect the measures of the Recovery Plan with social economy companies in the territories. This seemed obvious to us because the Recovery Plan advocates for more territorialized activities that are more in line with the ecological transition, and therefore naturally targete towards social economy in our opinion. However, we realised that, due to size effects in particular, most of these schemes and the funding attached to them did not reach social eocnomy enterprises. Hence this campaign, which made it possible to decipher the measures and promote information for enterprises in the field via several information webinars and contacts between entrepreneurs, economic advisors and administrations.

🔴The threat of confusion between different economic models

As far as obstacles are concerned, I think that there is a communication that is detrimental to the recognition of social economy: we talk about reasoned capitalism, impact economy, CSR policies without making distinctions… Of course it is interesting, it is a movement that socially we can only welcome, even if it can sometimes be social washing. But we must affirm that the social economy is an intrinsically different economy in its models because profitability is framed to prioritise the response to general interest issues. In this sense, it must benefit from dedicated legal and tax measures, because the profits of these companies will never go into the pockets of shareholders but will always have a positive impact on the territory (job creation, intangible wealth, etc.).

It is also important from a political point of view to mark this difference with the citizen and the consumer so that they can make an informed choice by using their power to act and their purchasing power wisely.

🔴The risk of quid pro quo

The social economy also suffers from a fragmentation that hinders its understanding by external actors. The legal components of the social economy must be able to come together under the same banner in order to carry political weight, to have a common discourse that highlights how the social economy is different, with successful models. But it is also necessary for social economy not to withdraw into itself and to open up to external cooperation, whether with public authorities or profit-making actors. Positioning itself with others makes it possible to show the added value of a social economy that knows how to reach out to remote audiences, to have a very territorial action because of its history, or to give an action the capacity to be part of the long term. In this respect, we advocate an ‘open social economy’.

To what extent is the social economy complementary to the impact economy?

We are seeing the growth of the movement around the impact economy, which aims to better connect the company to its ecosystem and therefore to influence its negative externalities at the environmental level, to be more inclusive, it is very good and it is not interesting to confront the systems. But it is important to note that the social economy was built in reverse, i.e. that the creative vocation of a social economy enterprise is to respond to a social utility and that profit is not an end but a means to this end.

As a Social Economy development officer, what developments have you seen in the sector in recent years?

The field has been strengthened with a law of the same name in 2014, which made it possible to give a legal framework to the social economy, a defined perimeter and to provide it with a singular representation in both the political and employer fields (ESS France and UDES). It is important to show that social economy companies produce, employ differently and have a different relationship with society based on ethics and solidarity. #ESSisation 😉

🟠On the ground, a double constraint for social economy enterprises

On the ground, the last few years have been complex for social economy enterprises. They have been caught in a double movement: on the one hand, with profit-making companies investing more and more in their traditional businesses (early childhood, home help, social and medico-social health activities), and at the same time a disengagement of the public authorities piloting these same social policies and which were traditional allies (departmental councils in particular). This disengagement has manifested itself in the development of mechanisms that put social economy enterprises in competition with each other, particularly through calls for projects, whereas their natural mode of action is that of cooperation.

💬Personally, I think that this should invite social economy to renew itself. If social economy is competing with profit-making companies, it should not prevent itself from investing in more competitive sectors of activity by relying on its social impact to differentiate itself from consumers, who are increasingly concerned about ethical issues.

In your opinion, to what extent can the digital transition help the social economy to develop?

The pandemic and the related social restrictions have shown us that the digital transition is no longer an option, and that social economy enterprises must integrate this movement just like any other enterprise. The objective is quite simply to manage one’s organisation with the times and to adapt to the practices of the consumers that we call ‘members’.

‘I would like to take the question in reverse and ask why the digital transition would benefit from relying on the social economy, which clearly has a card to play in the alliance between digital innovation and social innovation.’

How do you see your role within the Social Good Accelerator?

We wanted to be part of a movement that promotes a consolidated representation of social entrepreneurs and digital players at European level. On the other hand, our wish is to pool the thoughts and needs raised by our members in terms of digital health at European level and the way in which this can impact our social model. As we have seen with the pandemic, health knows no borders, and even if we do not have an international presence, it does not seem to us to be too early to invest in these subjects in a prospective approach.