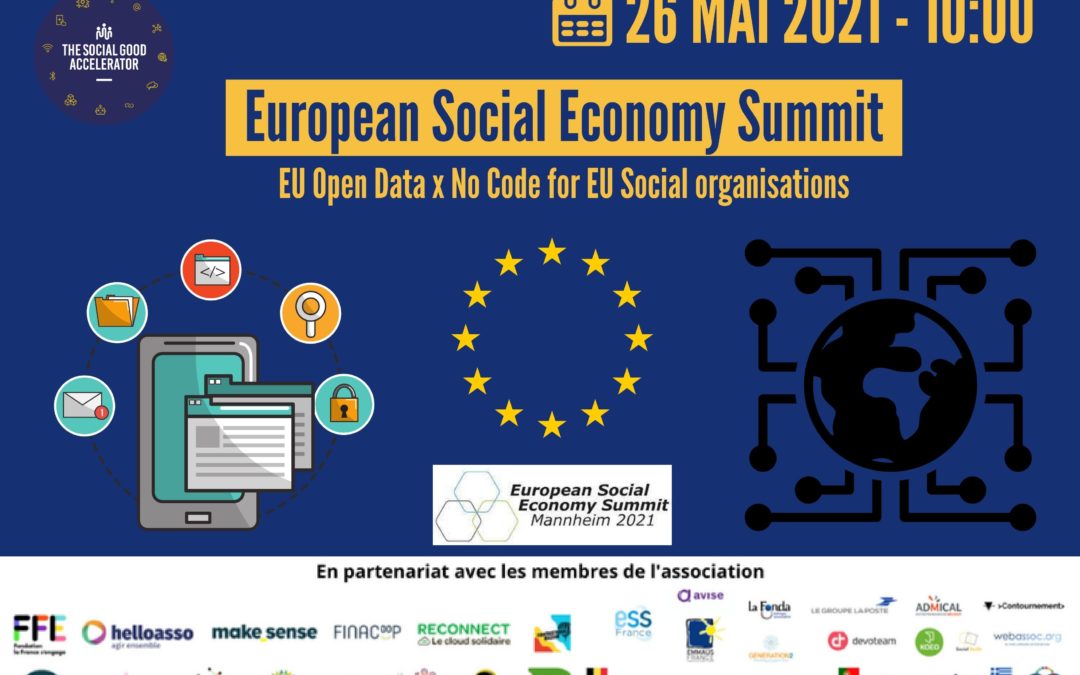 After its postponement, we are finally at the doorstep of this key summit for the social economy at European level. In the context of the German Council Presidency in 2020, the choice was made to hold the first European Social Economy Summit in Mannheim. In the end, the summit will be exclusively digital, and broadcast from the Rhineland city on 26 and 27 May, which does not detract from the importance of this pioneering event.

The first ever European Social Economy Summit will take place in Mannheim at the end of this month, focusing on collaboration, innovation and digitalisation. Organised by the German Presidency of the Council of the European Union of 2020, this summit will put the European Social Economy even more in the spotlight. The other presidencies that will follow Germany will be able to complete this agenda. This is currently the case with the Portuguese Presidency of the Council of the EU, which wishes to place the social economy at the heart of its action. France also intends to make digital technology “a priority” of its future Council presidency in the first half of next year (more info here in French).

The summit will be an opportunity to bring together many actors of the social economy from the EU. More than 80 meetings and 300 European organisations will be there to present their projects based on the triptych of innovation, collaboration and digitalisation. This is why the Social Good Accelerator has been invited. This occasion will allow the association to present two of its projects, which are being finalised or are about to be launched.

The Social Tech Atlas, a directory of digital and social economy actors in Europe

The ambition of this new open-source tool that the Social Good Accelerator will introduce in Mannheim will be to reference the stakeholders of social tech in Europe. Around 1000 of them will be referenced in this tool, and many more of them are supposed to come – as this map works on the basis of the willingness of the organisations who want to be referred within it. More info here.

Our research pillar, a keystone to shape our European actions

The second chapter of our research will soon be launched. It will be focused on a more macroeconomic approach than the first chapter, which was rather a comparison between European stakeholders in tech and social to understand their needs and expectations from these sectors. Our conference at the Mannheim summit will be the occasion to explain in details the conclusions of our first chapter, which will be an enlightment to understand why we chose to differ our approach for the incoming research project. More info here.