Social Tech Atlas: why a single map for a thousand social organisations?

Until now, there was no European database gathering both organisations supporting social economy stakeholders in their digital transition and those offering alternative digital tools and services. This is now done with the Social Tech Atlas, which does not claim to have succeeded in bringing them together, but it does have the ambition to do so.

Here are the ambitions of this free, open and accessible tool.

A brief overview of the Social Tech Atlas: each dot corresponds to an organisation, each colour represents one kind of sector.

Bringing together social tech stakeholders
While many other instances of mapping already existed, SOGA recently found that a mapping of the stakeholders involved in social tech from near and far was missing. For example, organisations such as the Impact Database have provided an interactive map of the impact investor landscape in Europe. In the case of the SOGA, the aim is to bring together social tech stakeholders. This concept describes the use of digital technologies to act for the general interest and society. In other words, this is the model that SOGA has been advocating since its creation, i.e. that of reducing inequalities, reinforcing existing solidarity and innovating socially through the use of open and free digital tools.


Made up of technology models based on social economy stakeholders and infrastructures, Social Tech offers systems with a high social and environmental impact. Moreover, it is necessary for social economy to succeed in its digital transition, in particular so that it preserves its intangible social heritage, at the heart of the European model.

An interactive map to pool forces for the specificities of the European Tech model
To achieve this, like many stakeholders in the sector, the Social Good Accelerator also wants to offer open tools coupled with practical applications. This database idea that the association has had in mind for some time will allow social tech organisations in Europe and policy makers to quickly identify several stakeholders. The databases that will provide the Social Tech Atlas will be open databases of our partners, which already list a certain number of structures that SOGA would like to reference. This data must be aggregated, validated and made compliant with the GDPR so that it can then be integrated into the Atlas. The project team had to keep in mind the objective of this open mapping, and therefore to filter out the organisations that should be included from the others.

Firstly, the Atlas will allow them to find European organisations that support in particular social economy stakeholders in their digital transition through methods focused for example on change management or adapted UX design. Secondly, any organisation will be able to find European structures with different statutes (cooperatives, mutuals, associations, foundations) offering alternative and open digital tools and services.

The objective of the Social Tech Atlas is to pool forces in order to contribute to the specificities of the European Tech model, while improving the recognition of the added value it entails. Pooling forces for the greater good will allow the structures concerned to limit their financial and time costs. Indeed, with the Social Tech Atlas, a considerable time saving is potentially possible for social economy structures. The creation of such pools is in line with SOGA’s approach to strengthening the sector’s missions. The aim is to enable European social economy stakeholders to find partners in tune with the digital transformation of their structure. The logo of the Social Tech Atlas

In addition to offering skills and services useful to the common good, the organisations listed here are also specialised in social economy issues (sometimes even being part of them).

SOGA’s ambition in creating such a digital commons is indeed to see the multiplication of European cooperation in Social Tech. This ambition could not have been achieved without the incredible commitment of the partners and volunteers of the Aésio Mutuelle association, which was the main funder of this project. A huge thank you to our volunteers from >Contournement>, Latitudes, Fantastique Bazar and Vizity for the huge amount of work they have done. Have a look at their website, what they do is great! 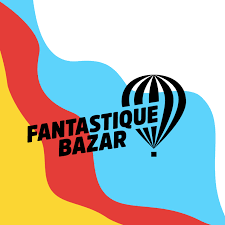