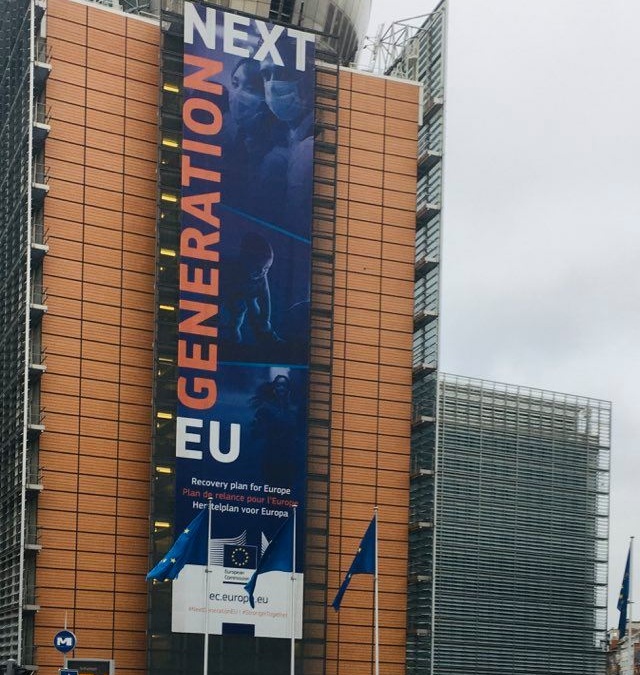 As the COVID health crisis19 is forcing a large proportion of Europeans to remain at home, Social Economy, Digital inclusion, Democracy defense are more than ever accurate. On such matters, European activity is not slowing down. Here is a panorama on EU Public Affairs news on our subject (Tech x Social) : Digital Service Act, digital ambitions of the German Presidency of the EU, Data Governance Act, European Action Plan for Democracy and ambitions for the ‘next world’.

From Brussels, Thierry Breton, European Commissioner for the Internal Market is fully mobilised on the Digital Services Act: “As part of the European Digital Strategy, the European Commission has announced a Digital Services Act package to strengthen the Single Market for digital services and foster innovation and competitiveness of the European online environment”. The main aim is to reform the Directive on electronic commerce dating from 2000 with regard to the obligations and responsibilities of platforms and to develop the competition rules. It also provides for the regulation of online content, reinforcing the responsibility of intermediaries in the “fight against illegal content and its amplification”. It thus includes the inclusion of online hate in criminal offences at European level. “Platforms must be more responsible and accountable, they must become more transparent. It is time to go beyond self-regulatory measures” says Vera Jourova, European Commissioner for Values and Transparency.

Very clearly, the European Commission’s ambition is to tackle the ‘too big to care’ monopoly, which the Commission believes crushes competition and distorts the smooth functioning of the internal market. The arm wrestling, as we suspected, promises to be tough. Thierry Breton, who wants to take the digital economy out of the “Far West” era, does not hesitate to directly question the bosses of Silicon Valey: “Don’t try to play the smartest game. Pay your taxes if you have to pay them. Don’t resort to tax havens. Pay your taxes,” he told Facebook’s CEO last May, before Google CEO Sundar Pichai apologised in October for his more than aggressive internal lobbying practices.

The German rotating presidency of the Council of Europe, which ends in December 2020, also makes digital technology one of its major subjects, along with the ecological transition. “In order to stand out internationally as a community of values, we must therefore position ourselves even better on strategic future issues such as climate change, refugees and migration, the rule of law and digital transformation”, said the German Foreign Minister when presenting an ambitious agenda. This also includes the development of a European data and 5G infrastructure and support for research, particularly in the field of artificial intelligence. The Data Governance Act, a regulation on data governance proposed by the European Commission, should thus inflate the pool of data that will feed AI systems and start-ups, and in fine should encourage the emergence of these large sectoral data spaces.

The other major topic of this new school year is Democracy. It is the common thread of the digital regulation carried by Europe. And it is a matter of urgency. On the one hand because the breeding ground for mistrust is becoming more and more fertile, particularly because of social networks. According to a survey carried out by the Jean Jaurès Foundation in February 2019, “one Frenchman in five agreed with at least one conspiracy theory” and “43% of those polled agreed that the government would be in cahoots with the pharmaceutical laboratories to hide the reality of the harmfulness of vaccines”. European politicians are also singing the praises of this questioning of our democratic values. While the European recovery plan was painfully voted through, Hungary and Poland decided to apply their veto refusing “that the payment of Community funds should henceforth be conditional on respect for the rule of law”. One point of consensus, whatever our values: they cannot be bought with billions of euros of aid.

The European action plan for democracy, which has been under the media radar, was the subject of an online consultation this summer. Through the accumulation of new constraints and recommendations for all actors in the democratic game, it must both strengthen the integrity of elections, guarantee media freedom and provide solid strategies against disinformation. It is scheduled for December. After the first containment, calls for the “next  world” had bloomed like flowers in the spring. Despite this regulatory activism, the European project is taking a beating. One would have dreamed that European news coverage would be as dense as it was during the American elections. Wishful thinking that fades like leaves in autumn. Yet there are some calls that resonate more than others, such as that of the first European democratic institution: David Sassoli, President of the European Parliament. “We must ensure that the European policies supported by the resources we pool will encourage a transformation of our economies in the years to come, in the service of respect for the environment, social cohesion – which has been particularly affected in the current health context – and the fight against all forms of inequality,” David Sassoli declared last September. He also recognised that “Europe needs more than ever to support the voluntary sector” and that “the harmonisation of the single market should not be limited to companies but should also concern the voluntary sector“. In the meantime, a European regulation on participatory financing to protect investors from financial losses will have to be sufficient.

But those who have the most to lose are ultimately the most precarious among us. What appears to be self-evident takes on even greater prominence in the DESI ranking, which reveals that the digital and economic divides overlap.  In that prospect, Cedric O, French Secretary of state for Digital affairs, just  announced a budget of €250 million (40% EU funding) on inclusive digital on the NEC 2020. 4,000 digital advisers will be recruited by local authorities and associations.

For all these mentioned prospect and because Social Economy and Civil society are both a motor for a more sustainable and prosperous economy for all in Europe, they have to be fully involved in all public policies making. This is also what the European Platform for Philanthropy is calling for. By Nils Pedersen, President of La Fonda Asso and Vice-President of SOGA EU for Public and Academic Affairs